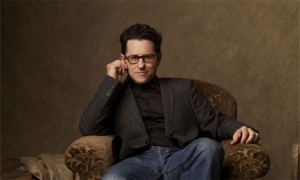 It’s official. We reported that Abrams was the top choice to direct Star Wars: Episode IX a couple of years ago.

And then Colin Trevorrow was hired to direct the film. After a couple of years of pre-production on the film, Trevorrow was let go, leaving the director seat empty.

A few days later Lucasfilm announced that J.J. Abrams would return to the trilogy he started to helm the closing chapter of the new trilogy.

It all makes sense to me. Abrams is a steady hand at directing, his first Star Wars film, The Force Awakens, was very well received to the tune of $2 billion at the box office, introduced great new characters to the saga. It was both familiar and new, bringing new ideas to a universe that felt comfortable. The film could have very easily spent a lot of time with the old characters like Han, Luke and Leia, but it took some risks by not bringing in a single recognizable character for the first forty minutes of screen time. Not just that, but fan-favorite Luke Skywalker only briefly appears at the end without a word to say! To claim that the film took no risks is to forget about these very large ones. I would have appreciated another scene with Luke and Han sharing the screen together (and maybe it’ll happen with a surprise flashback scene at some point in The Last Jedi or Episode IX), but we’ll hopefully get a scene with Luke and Leia in The Last Jedi.

Before I can even speculate as to the content of Episode IX, I have to see The Last Jedi. That film is the mid-point that will catapult the cast toward whatever end the trilogy has in-store for us. Will The First Order be defeated? Will they win?

I say this as a fan of the saga and also as a business man…. the only way that smaller, independent or original (re: not sequels or remakes) are made are will the income that comes from the familiar. People buying tickets to Star Wars films in no way detracts from the creation of original films. It inspires the creation of original films. George Lucas was told “no” by nearly every studio in Hollywood until someone that had seen and enjoyed American Graffiti took a chance on it. Even Lucas’ friends thought he was crazy and that his idea wouldn’t work. It became the largest film franchise the world has ever seen, period. Avatar, Harry Potter, Marvel Cinematic Universe, Tolkien… All of these put up a decent fight (save Avatar… that is still to be seen if 4 more movies will stand up to the weight of the first film). But Star Wars is a movie saga made for the whole family, and each film is an event. And the dollars that come in help Disney to be able to afford such films as Queen of Katwe, Up, Inside Out, etc. etc. etc. So let’s not lament that tentpole films exist, but celebrate that they do to help the studio continue to bring original IP to the silver screen. As a business man…. original IP is much more difficult to get moving than known quantities. I know from experience. We build a new IP this year and are having difficulties getting the sales up next to our existing IP. It’s not impossible, but it’s harder. It’s not wrong that our existing IP exists and will continue to do so (i.e. Star Wars) because that feeds the engine that makes the new IP possible. Without the existing IP, the new IP would not be possible. I used to believe that studios had run out of ideas, that only original films should ever be released, but now that I own a business of my own, I can see why things are the way they are.

And, for the record, just because we have an existing IP doesn’t mean that we don’t put the same amount of care into the product that we do with new IP. That would be ridiculous, because if we didn’t put the same care into each and every IP, then we would break the trust of our customers. I.E. Disney / Lucasfilm / Pixar etc…. they put the same amount of care into every film that they make… they’re not going to say “Star Wars prints money, so just slap the name onto a piece of junk.” They’re going to say “Star Wars prints money, but only as long as the fans trust us to do right by them, so let’s build their trust (The Force Awakens) and through some curveballs at them from time to time (Rogue One, Han Solo), so that we can properly bring them films that are a happy medium between the old and the new, with some of the best directors working today getting a chance to play in that sandbox. Rian Johnson got a chance, and now J.J. Abrams is getting another turn. I’ve also heard that Rian Johnson may have signed a contract to do two Star Wars films… the next one will, most likely, be a stand-alone Star Wars Story… like Rogue One, Han Solo, Obi-Wan Kenobi, etc.

The reason that Colin Trevorrow was fired, I’ve heard, is because he started to get an ego that was hard to work with. He’d done quite well with Jurassic World, but then his next film bombed as he didn’t really listen to anyone’s suggestions (as this unnamed producer put it)… so you have to listen to the company and be willing to work with the studio, and not go off-script with your film. (Rian Johnson also said he wished he had more oversight than he did, which is ironic, considering everything that’s been said about him being “forced to make a movie that looks like the other films” in a 90 second teaser. When you’re writing chapter 8 of a 9 chapter book, the language has to be the same or the reader won’t know why it changed so much.) 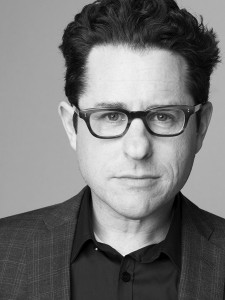