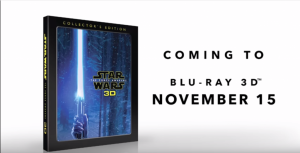 Well, this is surprising. To no one. Disney is taking advantage of the December launch of Rogue One: A Star Wars Story to cross-promote a new Star Wars: The Force Awakens release. This time it’s Blu-ray 3D.

Releasing on November 15, 2016, which is about a month before Rogue One heads to cinemas, it includes not just the 3D Blu-ray, but the film in 2D as well, on Blu-ray. Also included are the DVD and Digital editions. It’s hard to imagine someone that hasn’t bought the movie yet, but I’m sure there are folks that are waiting for the eventual sequel trilogy box set, or the Skywalker Family edition that could eventually see release.

To add a little more incentive to double (or triple) dipping on this film, they’re also adding a large list of new features to this release:

Still missing from the features list are the excellent trailers and the Star Wars Celebration Reel that really kicked off the excitement for the film in a way that I’ll never forget. 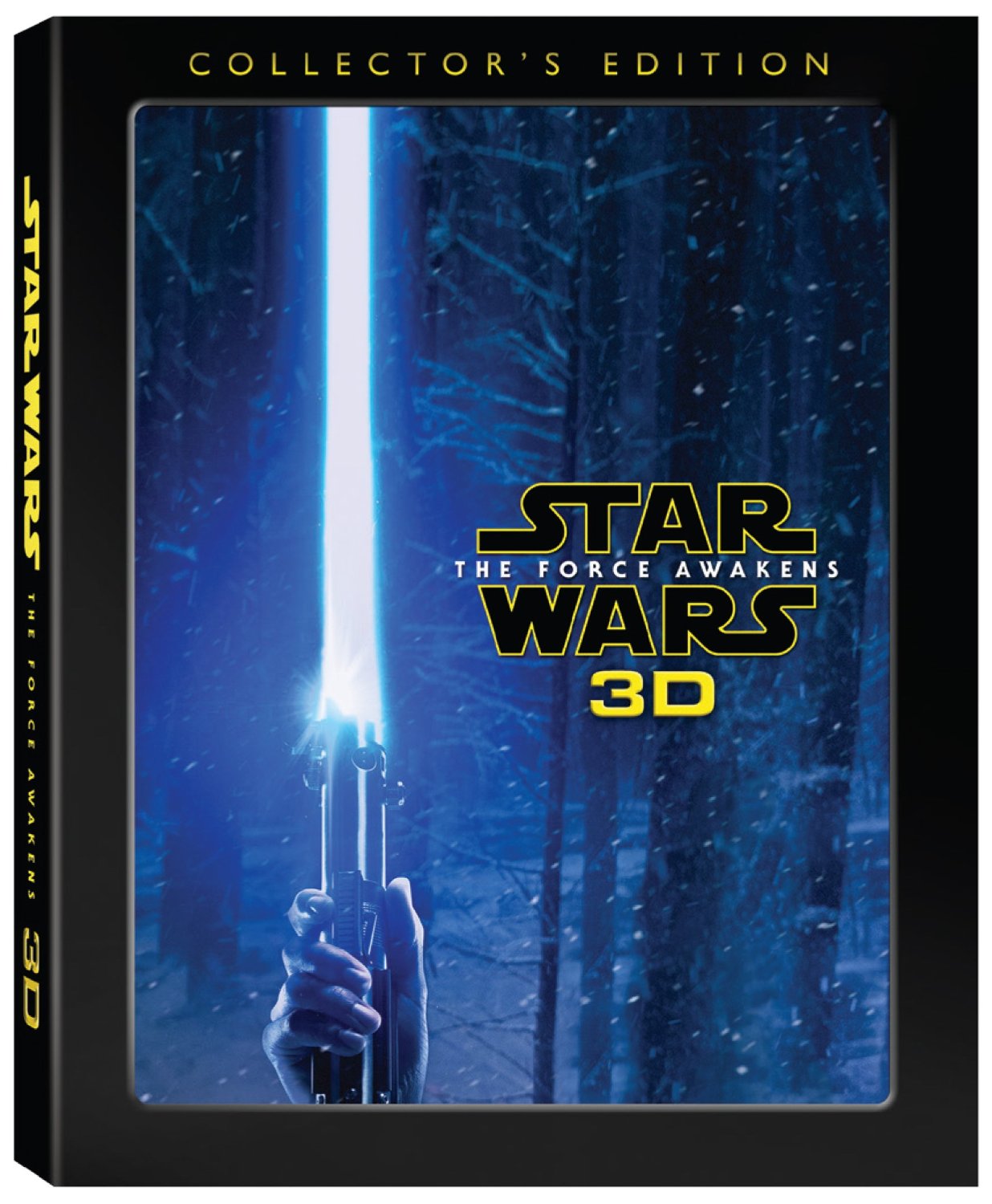 OWN THE 3D COLLECTOR’S EDITION THIS FALL

Fans can fully immerse themselves in “The Force Awakens” through breathtaking 3D, new bonus features and collectible packaging!

This fall, Star Wars fans around the world, will experience a galaxy far, far away—up close and in eye-popping 3D—through the highly anticipated “Star Wars: The Force Awakens” 3D Collector’s Edition, rolling out beginning Oct. 31 and arriving in the United States and Canada on Nov 15.

Take a pledge to help others see Star Wars: The Force Awakens spoiler free! I have a friend who had the biggest plot point spoiled for him. A mere day before we saw the movie. #SWSpoilerFree