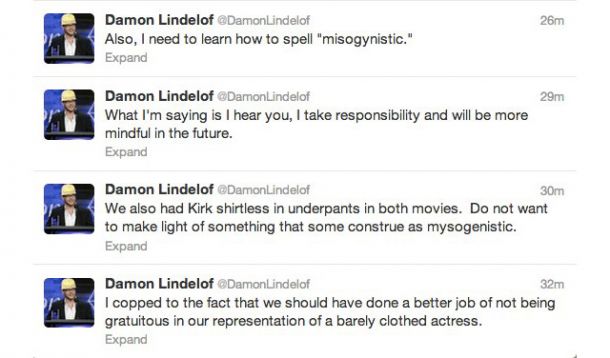 The scene in question (gratuitous Alice Eve in Star Trek Into Darkness photo):

The release party for the Star Trek Into Darkness Blu-ray lead to more interviews.  People weren’t allowed to ask questions about Star Wars: Episode VII, but that’s no big deal… we’ll have plenty of time […]

Some ‘Lost’ answers from Damon Lindelof and Carlton Cuse

March 18, 2014 Paul Martin Lost Comments Off on Some ‘Lost’ answers from Damon Lindelof and Carlton Cuse

There was a panel discussion about Lost at PaleyFest for the 10th anniversary of the premiere of the show. During the discussion, some great questions were asked, and we finally have some solid answers to […]