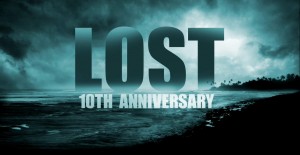 Carlton Cuse says “On September 22, 2004, a groundbreaking new series premiered on ABC. It would become a world-wide phenomenon and an incredible experience for all of us involved. It has been ten years since the premiere of Lost, and in celebration of it’s anniversary the time has come…”

On screen: DO YOU REMEMBER?

On screen: HOW COULD YOU FORGET?

Damon Lindelof: “If you find yourself yearning to get lost all over again, you’re not alone. The Lost fan base is alive and kicking. So here’s to the next ten years of Lost.”

For a second there, I thought this meant they were making a seventh season of Lost. A mini-series, even, that answered more questions and brought us back to the island. Could you imagine? Lost: Season 7. Chills.

Star Trek Into Darkness screenwriter Damon Lindelof has apologized for the scene, which was extremely gratuitous and unnecessary. He said, “I copped to the fact that we should have done a better job of not […]

Some ‘Lost’ answers from Damon Lindelof and Carlton Cuse

March 18, 2014 Paul Martin Lost Comments Off on Some ‘Lost’ answers from Damon Lindelof and Carlton Cuse

There was a panel discussion about Lost at PaleyFest for the 10th anniversary of the premiere of the show. During the discussion, some great questions were asked, and we finally have some solid answers to […]