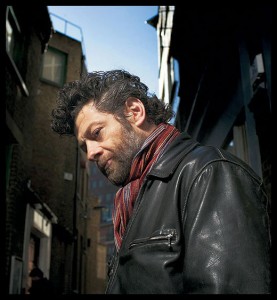 Who is Andy Serkis? If that is a name that sounds familiar, it might be because of his Oscar worthy acting as Gollum in The Lord of the Rings and The Hobbit: An Unexpected Journey. That he was recognized for neither is a travesty. He also played King Kong in Peter Jackson’s version of the story that was released back in 2005.

Rumor had it that he was recently attached to direct a new Jungle Book movie, but that may be on hold now that he’s been offered the role of a lifetime in Star Wars: Episode VII. We don’t know what role that is, like most of the others, but he already seems well suited for whatever Abrams and Kasdan send his way. It could be motion capture, voice or costume, Andy Serkis can handle it all.

Star Wars: Episode VII is going to be released in IMAX

March 20, 2014 Paul Martin Star Wars: The Force Awakens Comments Off on Star Wars: Episode VII is going to be released in IMAX

Disney and IMAX have announced an expanded relationship, which includes bringing Star Wars: Episode VII to IMAX when it is released on December 18, 2015. This announcement comes only a couple of months after Abrams announced […]