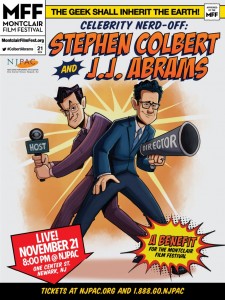 Join Stephen Colbert, host of CBS’ The Late Show With Stephen Colbert, for an evening of conversation and fun with director J.J. Abrams (Star Wars: The Force Awakens, Star Trek, Super 8). This event will feature the pair in a wide-ranging on-stage discussion of their influences, ideas, and creative work. Come and see which geek shall inherit the earth!

PLUS! The Montclair Film Festival will team up with Omaze to raffle off a special fan experience, with details to be revealed soon.

We hope you will join us and pass this info on to your fellow fans!

Seeing as this is Star Wars and camping out is a favorite past-time for fans of the franchise, it should come as no surprise that there is a line of people waiting to get in to Star […]