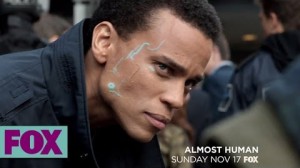 Starring Karl Urban (the “Star Trek” and “The Lord of the Rings” franchises) and Michael Ealy (“Sleeper Cell,” “Common Law”), the new series is set in 2048, when police officers are partnered with highly evolved human-like androids. “Almost Human” will follow the week-to-week missions of John Kennex (Urban), a detective and sole survivor of a devastating police ambush, and his robot partner, Dorian (Ealy), as this buddy-cop duo solve cases and fight to keep the lid on dangerously evolved criminals in this futuristic landscape.