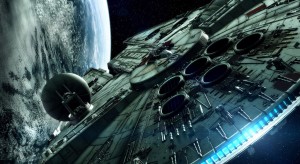 Perhaps we should have known, but they’re already filming sequences for Star Wars: Episode VII. They’ve also got about half of the cast, and the script is complete.

Disney Chief Alan Horn commented that they’ve already begun filming, but casting isn’t complete yet, because it’s been a very difficult film to cast. They’re looking for the right people for the roles, and that can only be a good thing.

“We have a lot of them [in place],” he said about the main actors, whose names have not been disclosed. “We’re just not completely done yet.”

What we don’t know is this: who have they cast in the film? Well, we do know for sure that R2-D2 is in it. You almost certainly can’t have R2-D2 without C-3PO, but that has yet to be confirmed. The recent press release about the new film, which gave us the setting for the film, mentioned a few familiar faces would be involved.

We can guess that they’ve managed to get Harrison Ford back. Especially considering that Peter Mayhew (Chewbacca) recently cancelled a June appearance at a comic book convention, citing filming as the reason. What else could he be filming that would be this important?

Plus, Carrie Fisher has mentioned that she’s going to be filming. Mark Hamill has been quiet, but with Han and Leia potentially coming back, what kind of movie would it be without Luke Skywalker.

Who is Pip Andersen? Joining the cast of Star Wars: Episode VII is another newcomer, in an undisclosed role. He was cast out of an open casting call last fall. The casting calls spanned 11 cities across […]