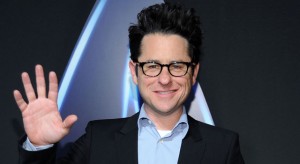 J.J. Abrams is a writer, director, producer with so many projects in the works, that people wonder how he’s ever able to finish them all.

I became a fan of his after getting into Alias during the middle of the 3rd season, and then getting caught up on DVD.  I haven’t seen all of his work, but I remain a big fan of Lost, which has one of the most misunderstood final episodes of any show in recent memory.  I also hadn’t seen any Star Trek, before he was involved as director of the most recent two films.  I’m a big fan of his film Super 8, which is a love letter to the films that I grew up with, like E.T. and The Goonies.

I’m planning on taking my time with this site, filling out each section with the information you’re interested in, while also reporting on some of the news about the projects he’s involved in, with none of the spoilers.

I’ve got a personal spoiler-free policy when it comes to J.J. Abrams’ projects, and that translates to this site as well.  If you want the spoilers, you’ll have to look elsewhere.

If you’re interested in contributing to this website, feel free to get in touch with me, and tell me why.  Give me some examples of your work as well as what you’re hoping to gain from the experience.  It’s not something you’ll be paid for, but hopefully it’ll be something that you find beneficial to you.

I’m going to get started on this site in earnest about a week or so from now, but thought it would be prudent to get things started.