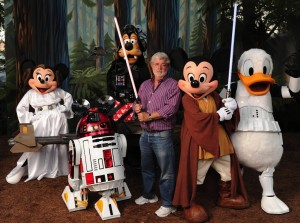 J.J. Abrams commented on (crazy) idea that Disney would mess with the Star Wars franchise by injecting it with their style.

The comment came about during a recent appearance on PBS’ The Tavis Smiley Show.

Who is John Boyega? For starters, he appeared in a British film called Attack the Block, which has become something of a cult classic since its’ release. His performance in a film called Imperial Dreams was a […]